Company lands in B.C., vows to take on Canada Post

A Canadian shipping company is expanding to B.C. with the promise to evade what its president calls the high costs of Canada Post.

Carly Wood of Toronto-based Chit Chats said the firm is focused on helping small-to-medium-sized businesses that specialize in e-commerce shipping. Its new warehouse is located in Richmond.

“We’ll set them up with the ability to print U.S. postage in Canada and then we clear cuts in tax and duty free on all shipments that have a retail value of less than $800,” Wood said.

In an email statement, David Weinstein, media spokesman for Chit Chats, said their shipping costs are on average, 70% less than Canada Post.

“If you delve into Canada Post and their pricing what you realize it’s very, very expensive to utilize their services,” said Wood.

Wood’s family owned a bookstore that joined the rise of eBay by selling online items, however her father realized the prices of shipping to the U.S. from Canada Post were too high.

“So he started printing U.S. postage in Canada and driving down to the United States Post Office and before he knew it…we’ve evolved into a full-service e-commerce company.”

“Often in Canada Post shipping rates are cost prohibitive so we provide the solution to be competitive in the U.S. market,” said Wood. 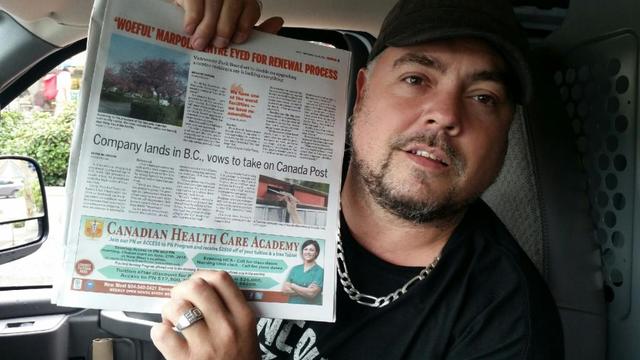